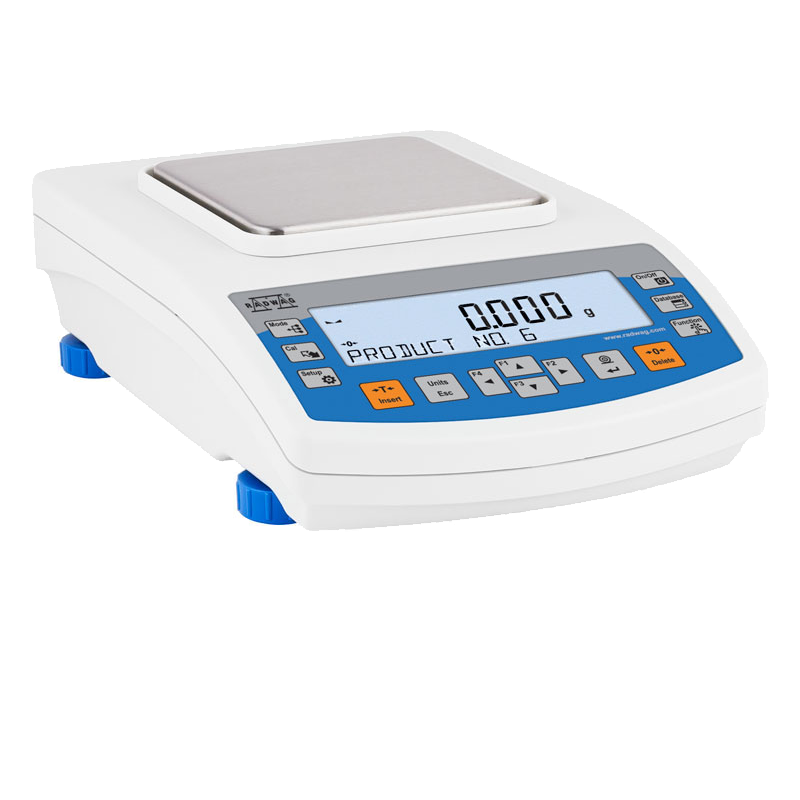 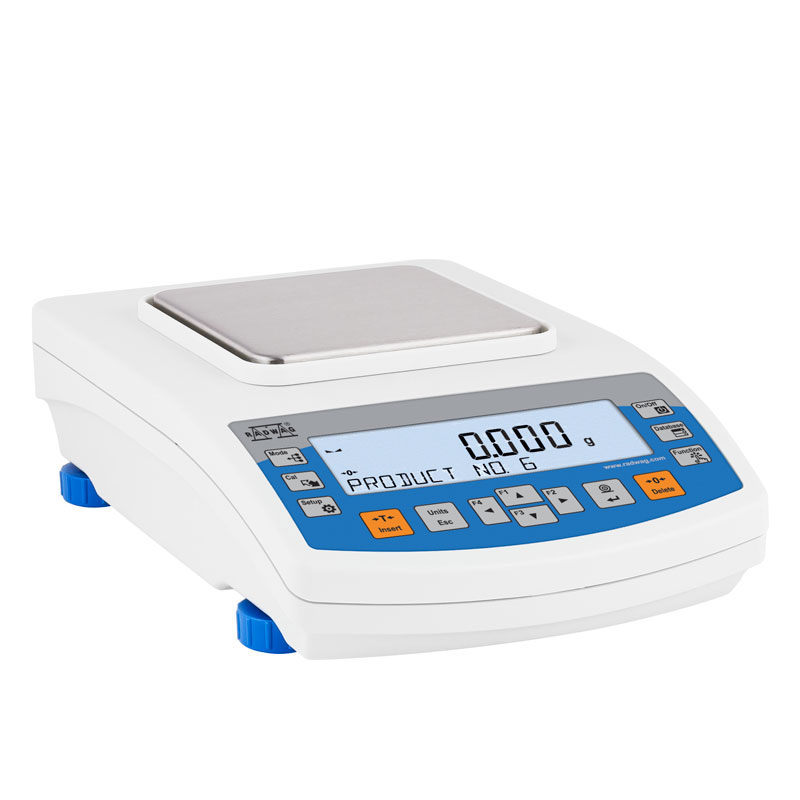 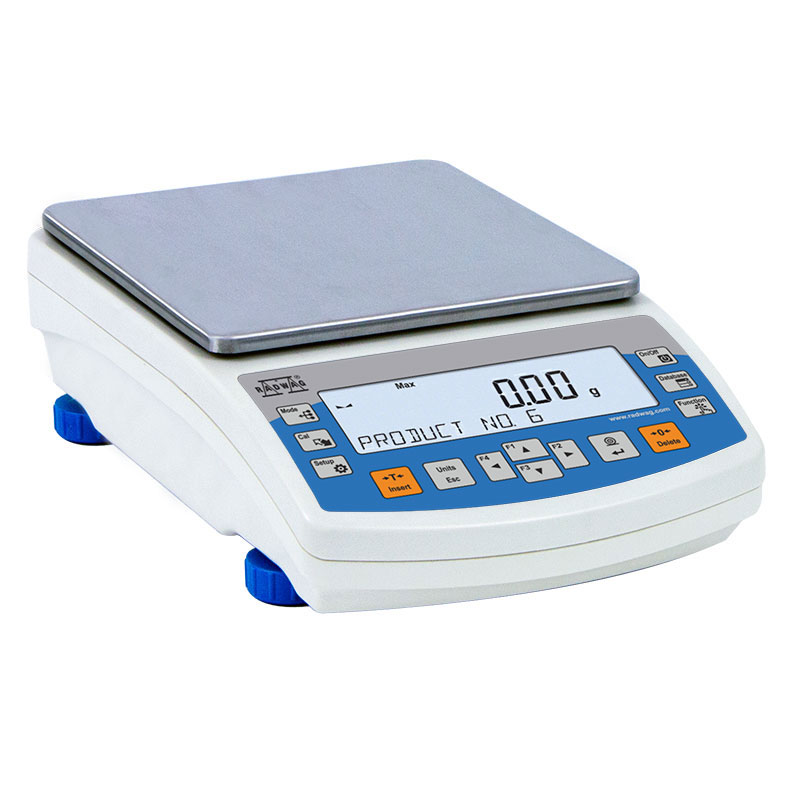 PS.R2 series balances represent a new standard of precision balances. They feature a new, readable LCD display which allows a clearer presentation of the weighing result. Besides, the display has a new text information line allowing to show additional messages and data, e.g. product name or tare value. New PS.R2 balances, like previously designed PS series balances, have pans in two possible dimensions: 128x128 mm or 195x195 mm. balances with a smaller pan have a draft shield. The balance precision and the measurement accuracy is assured by automatic internal adjustment, which takes into consideration temperature changes and time flow.PS.R2 balances feature several communication interfaces: 2 x RS 232, type A USB, type B USB and optional Wireless Module. The housing is made of plastic, and the pan is made of stainless steel. The balances have a possibility to weigh products out of the pan (under hook weighing) - the load hangs under the pan.

The information system is based on 5 databases, which allows for several users to work with several products databases, and the registered weighing results can be subject to further analysis.

The data is registered in 5 databases:

There is two directions data exchange within the system thanks to a quick USB interface. New balances allow to import and export databases using USB pen drives.

Direct access to functions and databases is possible from the level of keyboard.

F1 to F4 – programmable function and

navigation keys on the menu

The new PS.R2 high capacity balances (6100, 8100 and 10100) feature centrally fixed weighing pan and additional sealing ring. This solution improves air-tightness and simplifies cleaning. To advance accuracy, the new balances have been equipped with metal anti-draft shield.Additional assets are both expanded capacity (even up to 10.1 kg) and smaller dispersion of weighings – better repeatability.

The used ALIBI memory is a data secure area and allows to record up to 100 000 weighment records. It ensures security of constant data register in the long time period.